Are you a Spectator or an Actor of your "Art" ?

Norman Rockwell painted by Jean-Baptiste Monge ©™ Reproduction is not allowed

The word "Art" is nowadays used for everything and nothing and this is that way since the rising of the Dadaisme in the early 1900s.

[wiki source] It was a movement that created chaos in the art field. Dada comes from an expressionist lineage and its real birth is the Literary Manifesto, published in the form of a tract, in February 1915, in Berlin, by Hugo Ball and Richard Huelsenbeck. These, declaring themselves "negativists", assert: "We are not naive enough to believe in progress. We deal, with amusement, only with today. We want to be mystics of detail, tappers and clairvoyants, anti-conceptionists and literary complainers. We want to suppress the desire for all forms of beauty, culture, poetry, for all intellectual refinement, all forms of taste, socialism, altruism and synonymism." It is from this text that the specific position of dada is sketched out.. Dada artists were intended to be disrespectful, extravagant, displaying a complete disregard for the "old things" of the past. They sought to achieve the greatest freedom of expression, using any material and support possible. They were intended to provoke and lead the viewer to reflect on the foundations of society. They also sought freedom of language, which they liked to be lyrical and heterogeneous.

Today, the word "Art" is also used for the AI generated pictures. First, I have nothing against AI and I think it will be very helpful in a lot of other fields, important ones, such as science, medical research, robotics etc... But in the Art market, I am not sure that it was very relevant and important for the moment and surely not of the manner that they put that in place. I understand of course why art can help in the training of the machine to enlarge the AI's comprehension. And like the writing domains, the visuals are also very important to understand how a human brain interacts with the perception of what is surrounding it. But except this, we can reproach to the organisations that are behind (Disco, Stable diffusion, MidJourney, DallE, lensa and of course Unstable) to have used something as Laion - which is normally a non profit company made for the researchs - to scrape the entire data of the web including copyrighted datas of living artists and to use it for commercial profit and, for the worst of it, without consent and real possibilities to opt out. That is the first point why I have a problem with the artwork made with AI. The second point, and for me it is also very important, is the impact of AI systems that will happen on the new generation of students. That disconnects them completely from the reality of the work itself and the manner that an artist is building his/her own career and is approaching learning skills. It is truly a false help because the work made by AI Generated with just a prompt is not something that develops your own skills. You use the work of a ton of artists to make an advanced collage or kaleidoscope of Ideas but without a single advantage of the comprehension that you would have if you had studied them. You also lose the ability to understand colour scheme and composition. With the AI you just learn the words that artists use to name these special capacities that normally help you to build a good picture but you are completely disconnected with the necessary work that comes with their study, and it is a dramatic lack for students, and even for artists who are not confirmed.

To stay simple, even in the final work, it will miss all the parts that an artist brings normally in his picture, the sum of all what he/she is, past and present, each choice, each decision, influences, events of life, and all his/her stories and emotions that give a true identity to the picture. I am sure that we can sometimes feel emotions in front of an AI work as a spectator, but the fact is : that is not because of the "prompter" who is acting himself as a spectator too, but just because the machine makes its own recipes and no one really knows how it works inside. Even for a confirmed artist, except the manner to proceed which is not ethical at all, it is not a good way. Because it is not the way to do (moral and ethical), it is so far from a simple composition with photobashing (something that I am not liking as well but that I can understand and very used in the Art industry), it is very different because all the process of the body of the work itself is not created by the artist, it is a lie on his own capacity. And at some point, even for mood boards in bad hands it is a dangerous way to do.

Of course it will be useful for documentation, but not before they have cured the system of all the living artists who have not told YES to be used in the training, right now it is just a theft.

So I hope it will help you to understand my position and why it is so dangerous to use AI. I am a doer, an actor of my own life and feelings, not a button buzzer ;-) Cheers Mates!

Discount on my Etsy! 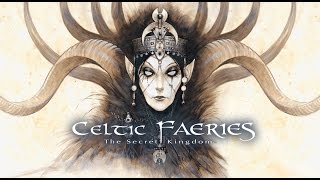 My Kickstarter is now live! Join the Adventure

Are you a Spectator or an Actor of your "Art" ?